Our objection is based on the following factors, each of which will be addressed in turn:

1. The loss of the footpath along the top of the existing sea wall

2. The loss of access from Little Oakley to Irlams Beach

3. The loss of existing habitat and landscape

4. The impact on the seal population

We would also like it noted that although the Planning Statement supporting this application refers to a meeting between LOPC and the Applicants, this comprised a brief discussion at short notice, between the Chair and Vice-chair of LOPC and Jane Albins Head of Planning at Hutchison Ports on 30.11.21 — a point by which the plans were already at a very late stage of development. LOPC consider reference to this brief discussion as "engagement" as disingenuous.

Para 5.3.10 at page 30 of the Planning Statement submitted in support of this application states: "the impact on footpath users is one of minor adverse significance". LOPC fundamentally disagree with this statement.

Fig FP3 in the Planning Statement shows the proposed footpath diversion. The existing footpath runs along the top of the sea wall on a wide grass path, affording the walker extensive views of Hamford Water, the coast, sea and countryside. The area viewed from this path has been described as the most unspoilt part of the Essex coast — our nearest thing to wilderness. It is stunningly beautiful.

Its proposed replacement will run at the base of the landward side of the new sea wall. There will be no view, no feeling of wilderness or space. The proposed viewing platforms are not in any sense an adequate alternative. The reason given at para 5.3.10 of the Planning Statement is that the "sea wall has been designed ...to screen waterfowl within the compensation site".

In the light of this report, LOPC consider that there is no reason why the realigned footpath, as with the existing footpath, should not be on top of the sea wall, retaining the uninterrupted views of the surrounding environment.

LOPC have also referred to the Tendring District Local Plan 2007, Policy TR4 "Safeguarding and Improving Public Rights of Way" and referred to in passing at page 21 para 4.4.18 of the Planning Statement. That policy states: "Where development affects an existing public right of way, planning permission will be refused unless the development can accommodate definitive alignment of the path. A formal diversion providing a safe, attractive and convenient alternative may be considered where appropriate". LOPC consider that as this proposed development does not accommodate the definitive alignment of the existing path and as the alternative proposed is significantly less attractive,

TDC cannot approve the current proposal in accordance with its own policy.

The loss of access from Little Oakley to Irlams Beach

Earlhams) Beach via an extension of the Essex Way called Long Bank. Under the proposed scheme this footpath, and therefore access to the beach, will be lost. At low tide it may be possible to access the beach from Little Oakley via a much longer route from the north by continuing along the Essex

Way towards Dovercourt and then doubling back along the beach. However, this is potentially hazardous. At low tide it is possible to cross the creeks which cross the beach at Middle Beach but at high tide they are impassable, potentially stranding those who are unaware. At the moment the path provides both a means of access and escape.

Again LOPC have referred to Policy TR4 (see above) and note that in this case it is proposed that an existing right of way is extinguished but no alternative is provided. The application should be refused on this basis.

Little Oakley has very little public amenity. There is no village hall, no public playing field or public open space. What we do have is access to the beach which undoubtedly adds to the health, wellbeing and quality of life of the local population. This has of course been particularly important over the last two years and would be devastating if lost.

The loss of existing habitat and landscape

Statement. However, there is no doubt that the sea walls themselves have created habitats which are now of considerable significance. There are plant and animal species that are rarely found elsewhere. Natural England in its Access and Sensitive Features Appraisal (already referred to) notes at page 24 "..areas of wet grassland and fresh/brackish water to the landward side of the seawall are important to a number of species of non-breeding waterbirds". In this location records from 2013 have been kept by the British Trust for Ornithology which show that the following “red list” birds (those of the highest conservation priority) are present: skylark, lapwing, linnet, yellowhammer, corn bunting and cuckoo.

LOPC in particular note the concerns raised in the Royal Haskoning DHV Environmental Statement report at para 7.2 "likely significant effects cannot be ruled out for the Hamford Water SAC (specifically in relation to the Fishers Estuarine Moth)".

At page 30 para 5.3.10 the Planning Statement says that the change in landscape appearance will be "from the arable field with hedgerows to expanse of mud" which it concludes is of "negligible significance".

Plan 2013-2033 and Beyond Publication Draft Policy PPL 3 which states:

"The Council will protect the rural landscape and refuse planning permission for any proposed development which would cause overriding harm to its character or appearance including to … estuaries, rivers and undeveloped coast; ...native hedgerows, trees and woodlands..."

The impact on the seal population

The Royal Haskoning report (referred to above) confirms that the impact on the seals during the construction phase of the proposed development is likely to be "moderate adverse". It is hoped to mitigate this impact by scheduling work to avoid the pupping season and that this will reduce the impact to "minor adverse". However, bearing in mind that it is intended that the proposed work will be undertaken during spring, summer and autumn, but the majority of the seal population will pup in the summer, it appears that no account has been taken of the impact that this will have on the construction phase of the project which could potentially be extended by at least 6 months.

It is also noted that there will be an adverse impact on marine mammals in the operational phase of the project and a representative of the local British Divers Marine Life Rescue volunteer team has noted the close proximity of the realigned sea wall to a sewage treatment plant which poses an additional risk of contamination to the sea and the seals.

LOPC do not consider that sufficient weight has been attached to the disturbance of the seal population and the damage that this proposal will inflict.

The seals have also become a popular tourist attraction with regular boat trips taking visitors to view them from a safe distance. Any loss of the seal population would therefore not only impact on the seals themselves but also on the local economy.

LOPC are very concerned that an attempt to mitigate the loss of habitat as a result of the proposed development at Bathside Bay, will, if this proposal is allowed, inevitably involve the loss of a beautiful coastal walk, the loss of a well loved local amenity, the destruction of existing habitat and lead to many years of disruption for local residents and walkers. On balance, this cannot be acceptable. 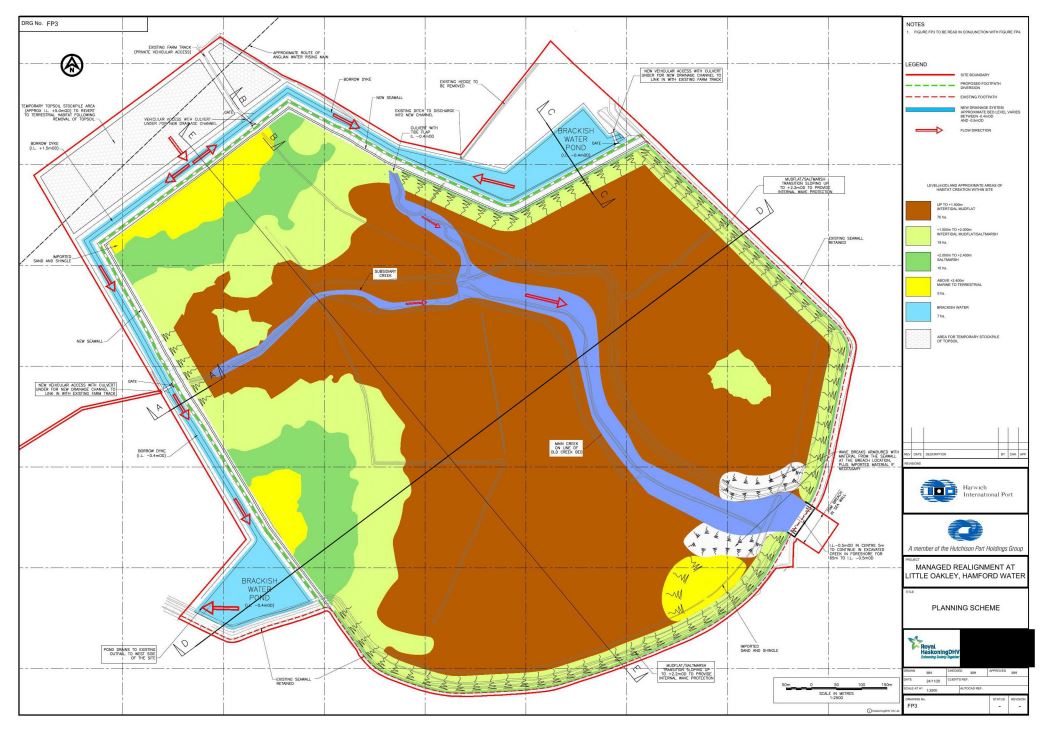 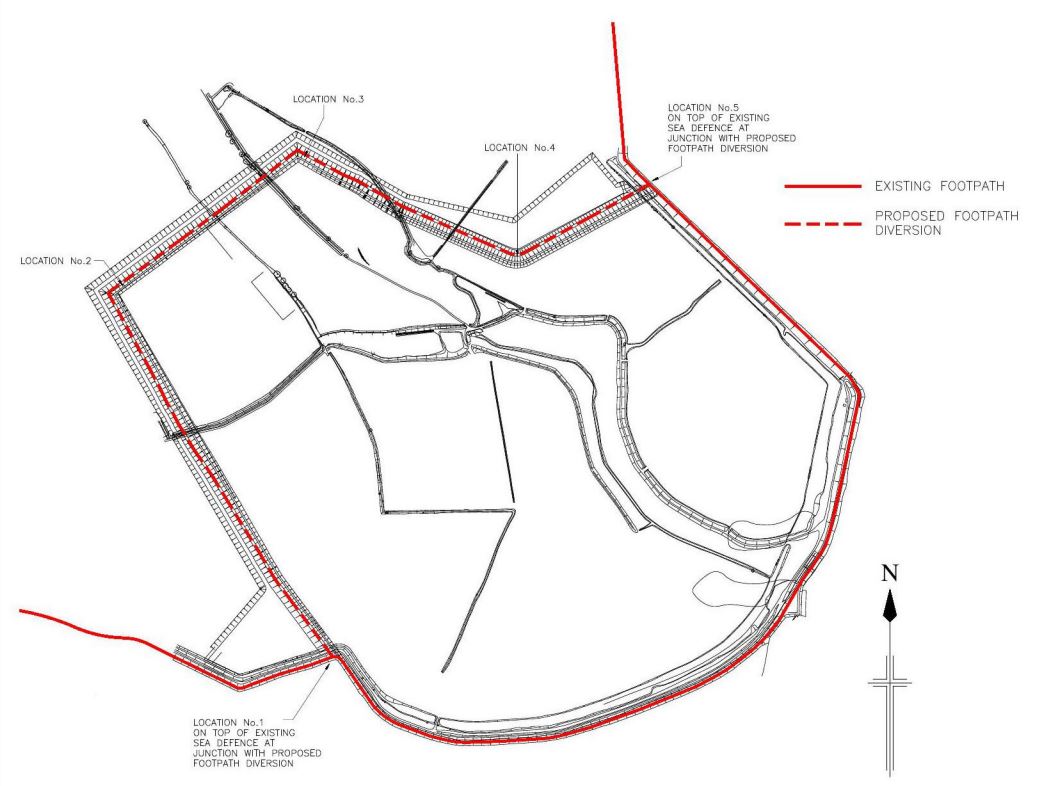